What is the Difference Between LED Tubes/Bulbs Vs. Fluorescent Tubes/Bulbs 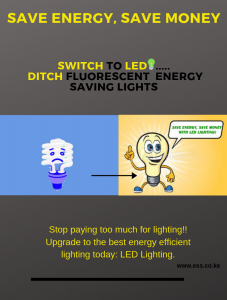 Tubular LED lights are better than fluorescent lights because they provide better lighting. They deliver more lumens per wattage than fluorescent tubes do. For example, an LED T8 tubelight replacing a 32W fluorescent T8 tubelight consumes only 15W for 1800+ lumens output. This means that LED tubes use much less power per lumen (unit of light generated). 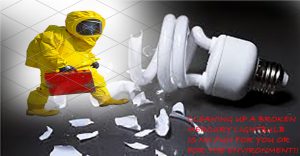 LED tubes and bulbs do not contain any harmful substances as opposed to fluorescent tubes and bulbs which contain small amounts of mercury and thus can be poisonous if they break.

LED tubes are also more durable than their fluorescent counterparts due to their design. As a result, replacement is minimal when you compare with the near constant replacement of fluorescent lighting. Therefore, going LED for your warehouse, school or any other commercial building will result in cutting down your consumption significantly as well as cutting down on maintenance costs by up to 90%.

This means, replacing your fluorescent lighting tubes with LED tubes will save you money in the long run. LED tubes are much more efficient. If you use lighting often in your business, institution or even home, LED lighting makes sense on a monetary and environmental level.